Had to fly down to Millington, Tennessee for a planning meeting and again N99376 proved its utility.  While flight time was obviously longer than a commercial jet out of Chicago, total travel time was shorter than the early airport arrival, wait for departure, fly to Memphis, rent a car and then drive to Millington.  Instead just drove to the hangar, flew directly to Millington Municipal, and borrowed the courtesy car for the night and the next day's meeting.  Meeting got done early and I was on my way home!  Got back to Chicago before those departing that night were even scheduled to depart from Memphis!

Didn't take too many pictures, but got some interesting sites of O'Hare (KORD) and the Missisippi river I thought were worth posting...  Upon departure from Waukegan Chicago Approach had me climb to 3,000, then 4,000 and then 6,000.  I wasn't cleared to climb up to my final altitude of 11,000 until I was well South of Chicago.  The result is I went right by O'Hare at relatively low altitude on a gorgeous day and got some great shots.

O'Hare was using the 32's for departure.  Here is a dead-on look at the 14/32 combination with departing aircraft coming straight at (and over) me. 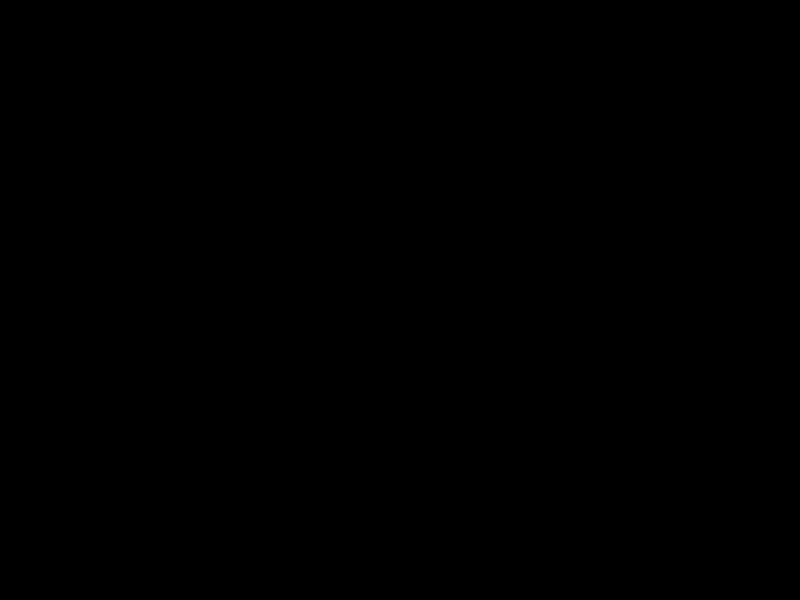 As I flew by O'Hare, got closer and got this shot. 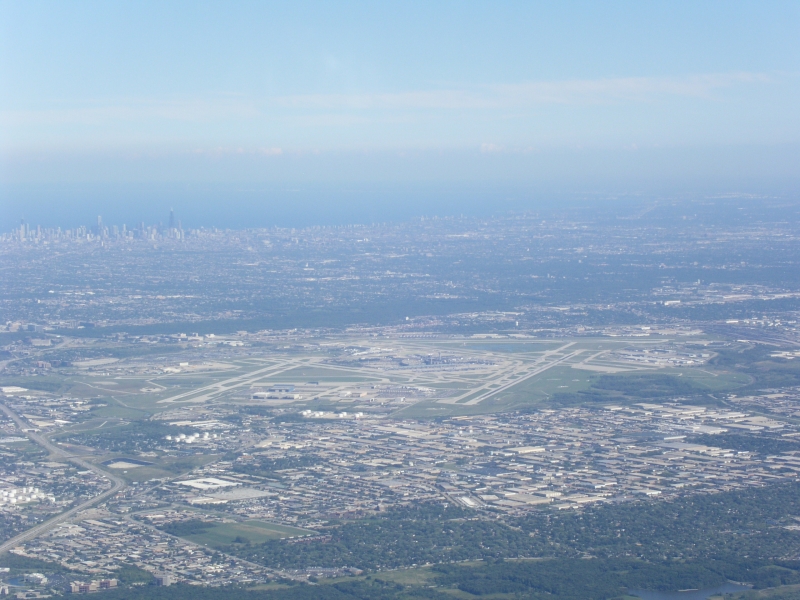 Got this flight (pretty sure it was a Lufthansa, but I could be wrong) climbing out of 32L. 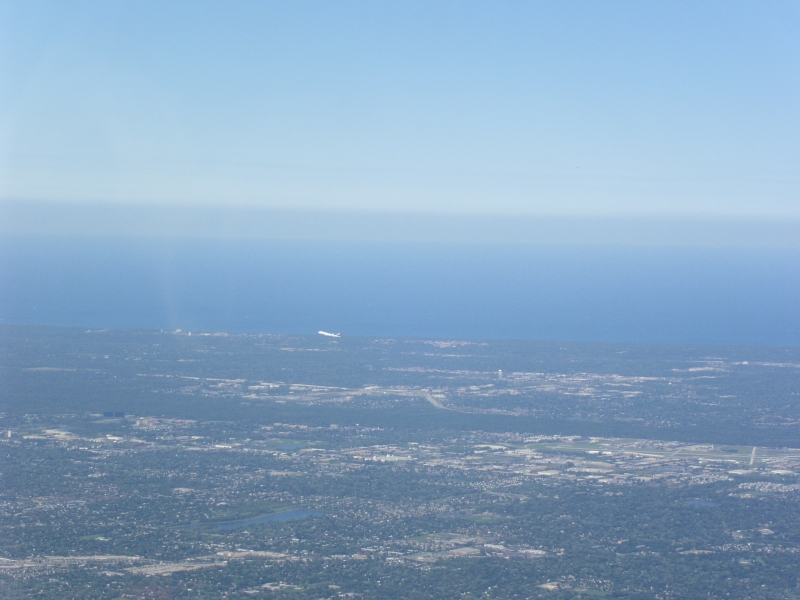 And then went right by it! 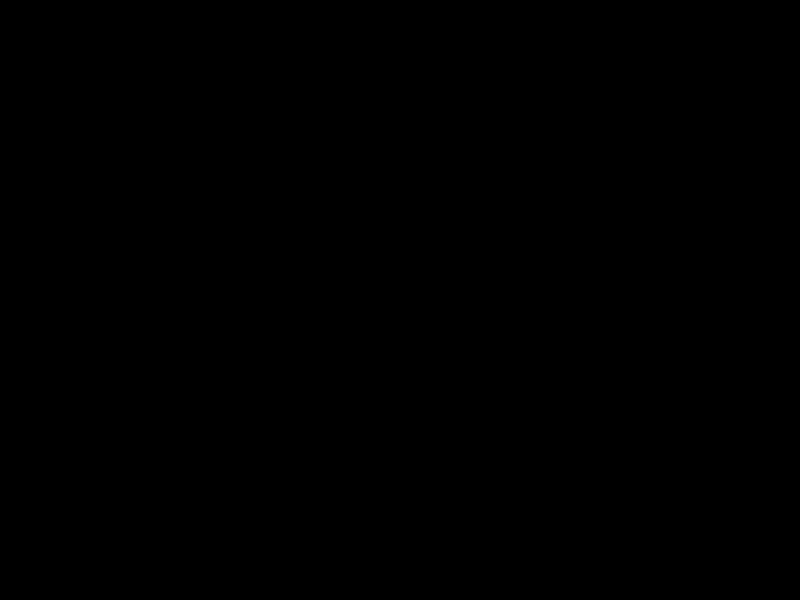 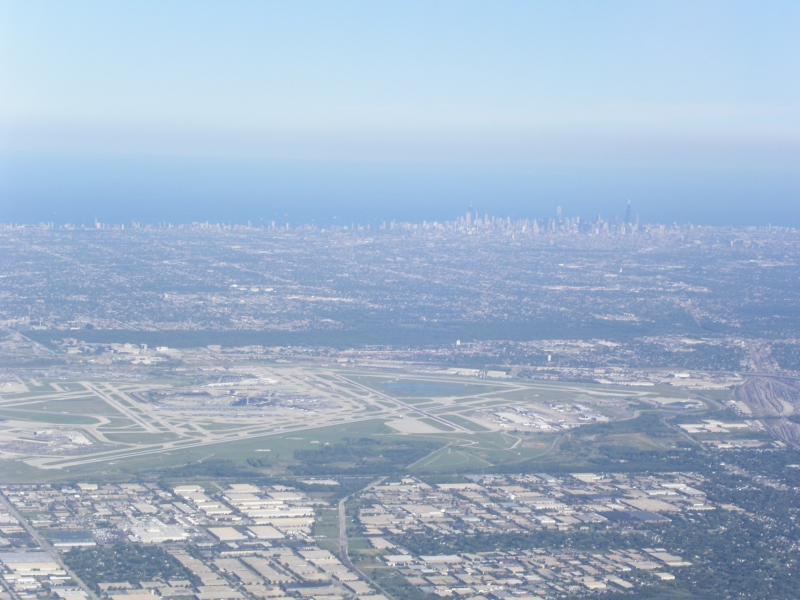 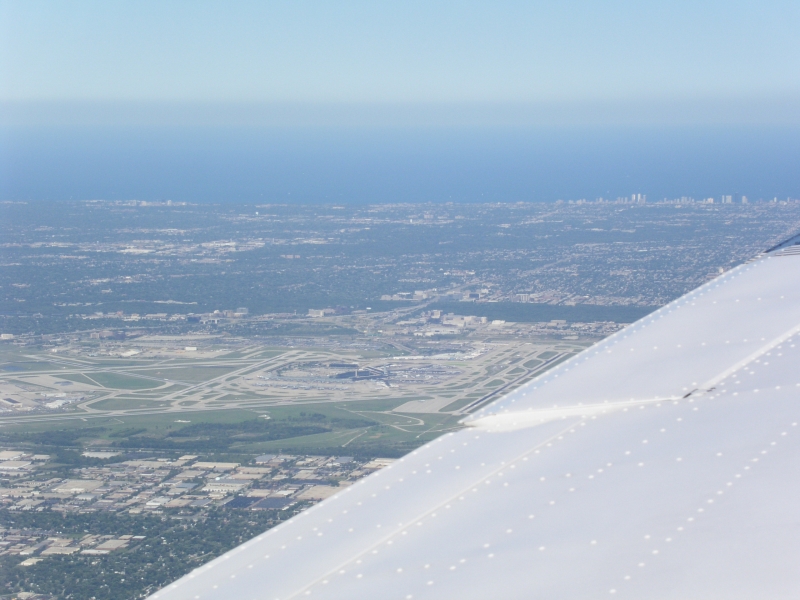 Passing South of O'Hare I went near a very odd shaped round structure on a campus-looking facility.  I originally thought this was the Fermilab accelerator but have since been corrected by Mr. Bill LeFebvre (another satisfied Mooney owner) that this is actually the photon accelerator at the Argonne National Laboratory.  Thanks Bill! 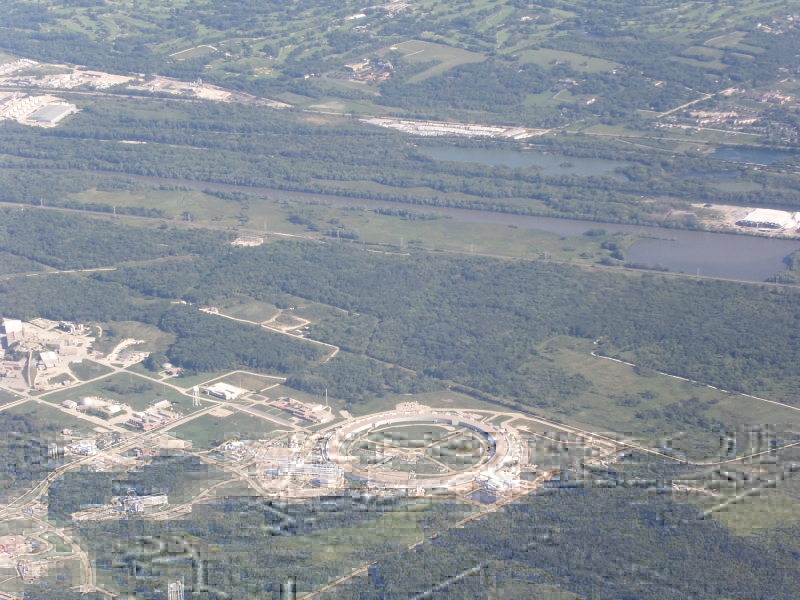 Had a bit more traffic passing by as I cleared Chicago's Class B airspace.  Believe this was a US Airways Airbus that flew right over me (looked much closer than the camera would make it appear!)... 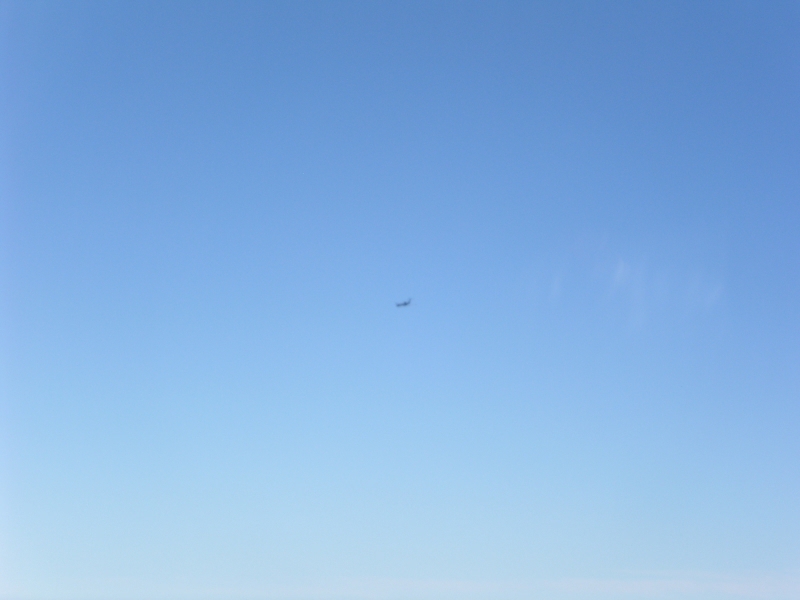 Flew the length of Illinois and came to the confluence of the Mississipi and Ohio rivers.  The borders of Illinos, Kentucky and Missouri (actually I got this shot on the flight home so you're looking at the back of the wing there with an "over the shoulder shot) but the shot I got headed Southbound didn't come out!). 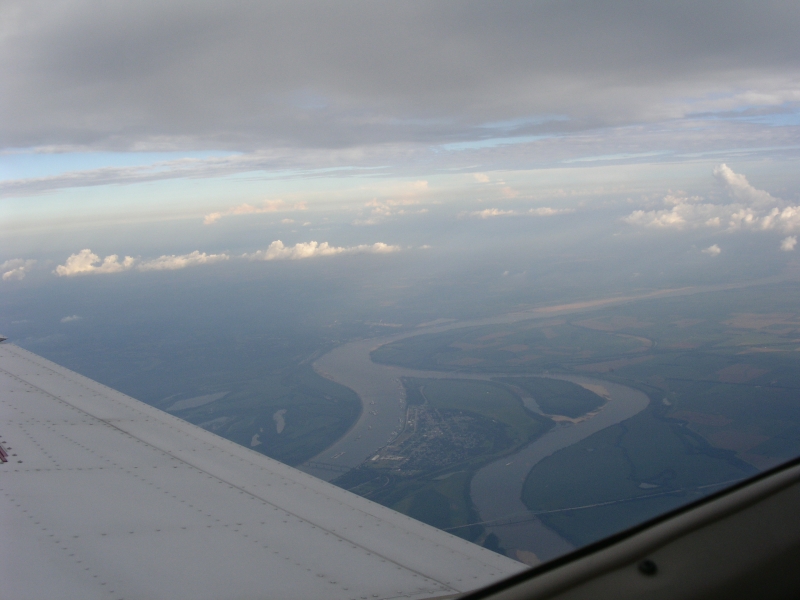 This shot shows how much the Mississippi winds to the East and West.  Ine the space of 10 minutes I was in and out of Teneessee and Missouri a ton of times! 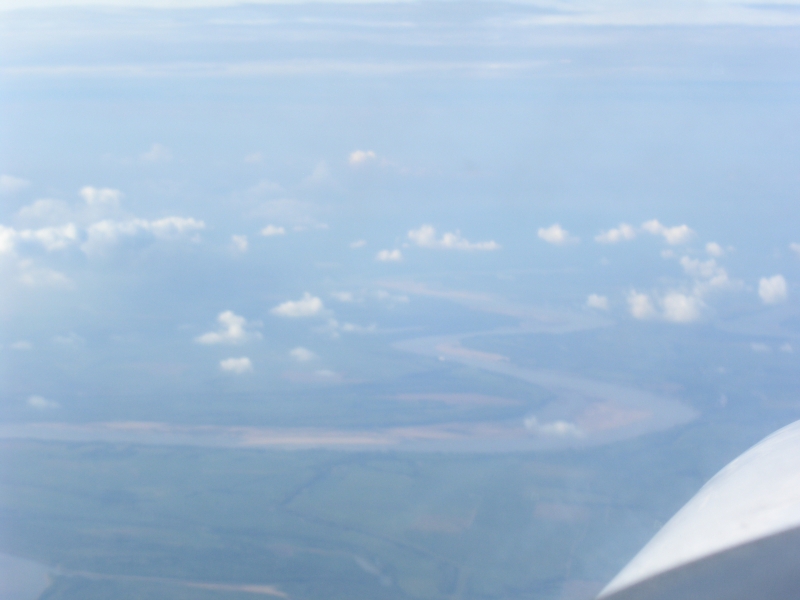 This was just a neat shot of some barge traffic on the Mississippi. 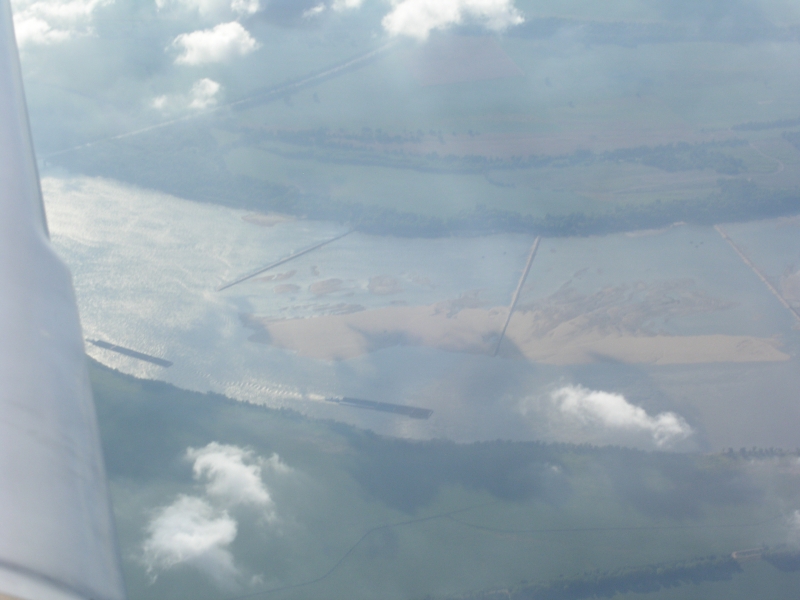 Ah yes, the trip stats.  Flight down took 2 hours, 45 minutes at 11,000 feet burning just over 30 gallons of 100LL.  Return took 3 hours, 8 minutes but Chicago Approach sent me well West and actually kept me clear of the Class B to the West until I was Northwest of O'Hare due to departing traffic to the West.  That added at least 15-20 minutes onto my flight time.  All in all a great trip that once again demonstrated the plane's utility!